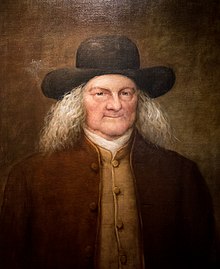 For northern colonies, the ports of Boston and Newport were major hubs in the slave trading industry. In the late 1700’s, Newport controlled between 60 and 90 percent of the country’s trade in slaves. Between 1709 to 1807, merchants sponsored over 900 slave ships, and over 100,000 slaves into the new worlds. The Browns, one of the great families of colonial America, were Rhode Island slave traders and were one of the richest and biggest merchants in America.  “At least five of the family members, James, Nicholas, John, Joseph, and Moses, ran one of the biggest slave-trading businesses in New England, and for more than half a century the family reaped huge profits from the slave trade,” based on slavenorth.com. James Brown first traveled to Africa in 1736, which launched the foundation of the Brown family’s fortune. From that year until 1790, the Browns played a major role in the New England slave trade. The Brown family also donated a huge amount of profits to Rhode Island College, and it was so generous that the name was changed to Brown University. Brown University has a huge amount of varieties of primary and secondary information about slave trades in Newport and the Brown family.

In 1764, Sally embarked from Providence, Rhode Island, to West Africa on a slaving voyage. The ship was owned by Nicholas Brown and Company. The Sally’s voyage was one of the deadliest trips. Of the 196 Africans captured by the ship’s master, Esek Hopkins, at least 109 were dead, some in a failed insurrection, others by suicide, starvation, and disease. The Brown family also owned many other Slave Voyages. For the slaves, the condition in the ship was unhumanitarian; African slaves were placed on the shelves like cargo. That same day, Hopkins recorded the death of a woman slave who “hanged herself between Decks.“ She was the second African to die on the ship. By August 20, Sally’s last day on the coast, the death toll had risen to nineteen. A twentieth captive, a “woman all Most dead” was left behind when the ship sailed.” Quoted from the Brown University Steering Committee on slavery & Justice, it describes the deadly conditions on the ship.