Although all men between the ages of 21 and 31 were required to register for the draft, not all of them were selected to join the army. I’m going to tell you the story of Adellard Barbeau, who was one of the first men to leave the small town of Danielson in Killingly in northeast Connecticut for the French front in World War I.

Adellard was born on August 24th, 1890, in Brooklyn, Connecticut, which is just a five minutes drive away from Killingly. He registered for the draft on June 5th, 1917, at the age of 27. According to his draft registration card, he worked for the Quinebaug Company, a textile manufacturer, as a cotton weaver. He had black eyes, black hair, and was of medium height. He was single at this time and declared that he didn’t have any physical injuries nor any prior military experience. 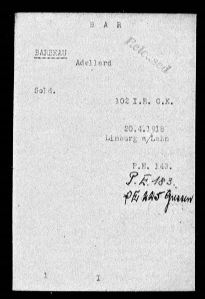 My class went to the Killingly Historical Society in Danielson, Connecticut, to find out more about the soldiers we are researching and to explore primary sources that are not available on the internet. At the library, I discovered a transcribed first-hand account of interviews with Adellard about his experiences during World War I. I was surprised to uncover that he was captured by the Germans and held as a prisoner of war!

Right before his capture, Adellard was in a “dugout” with some officers and telephone operators. The Germans “started their barrage which was terrific, our officers sent up flare after flare, calling on our artillery for a counter barrage, but there was no response from our guns… In about a minute hand grenades began to burst in the doorway and we knew the attacking forces were upon us.”

The Germans were “holding our men in desperate fighting when someone happened to look around and there, behind us” were many Germans. “At this stage of the fight a rifle bullet caught me in the left shoulder and I fell. Falling I grasped out blindly for something to save me from sinking in the three feet of water in the bottom of the trench and my hand happed [sic] to catch the telephone wire that ran along that section….I was clinging to that wire in desperation then I heard a harsh ‘RAUS.’ I didn’t know what it meant then, but I well learned in the months that followed. I was a prisoner of the Germans, and was being ordered to get up and get out… Another ‘RAUS’ and I was moving forward under German guard down the American trenches that had fallen into their hands.” 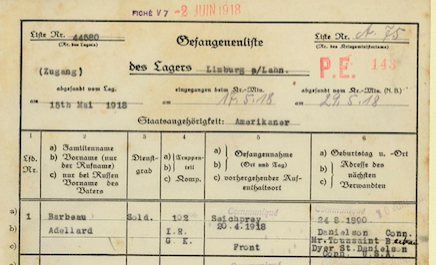 The story of Adellard Barbeau is very exciting, especially the part when they fought harder than ever even though they were about to be captured. It was also my pleasure to meet Adellard’s step-grandson in the Killingly Historical Society and to have a chance to interview him about the story of his step-grandpa. I also researched on the internet for more information about Adellard and found records on him from the Germans when he was imprisoned at Camps Limburg and Giessen. (See above the July 1918 German logbook of American prisoners at POW Camp Limburg a/Lahn in Germany. Adellard is listed on the first line.)  There also are notecards from the International Red Cross from the time when he was a prisoner of war that record that Adellard “disparu 4.20.18.” I felt relief when I saw the Red Cross card with “Released” stamped on it. It was a very good experience doing this research project, and I hope you all enjoy this story. 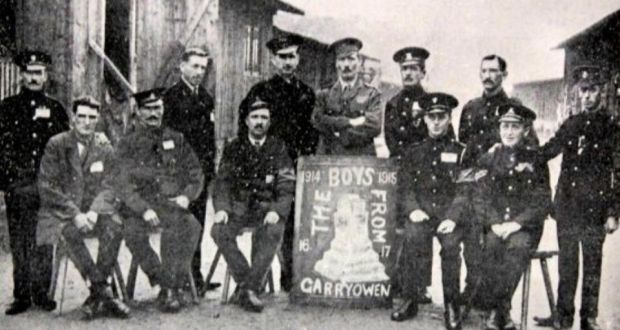 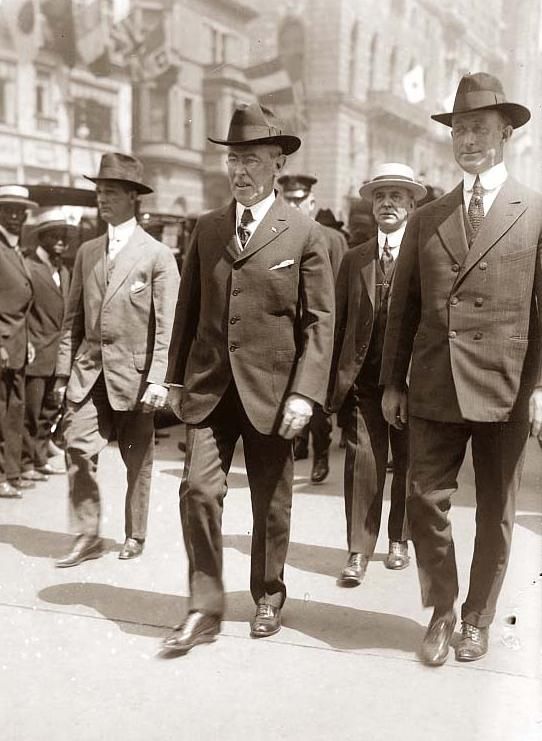 The Bureau of Investigations (later known as the FBI) worked on many aspects including citizens antiwar sentiments. During the start of the war, they were told to keep their investigations into Germans limited because of the federal laws at the time. This changed through the years of 1914-1917 as the U.S. was getting ready to enter the war. They were involved in a few German cases including one in 1914 where there was a ring that was trying to obtain passports for German reservists that were in the U.S. when the war started. There was another case in 1915 where there was a plot to blow up the Welland Canal, which was a critical shipping point between Lake Erie and Ontario. The Bureau was able to break up this plot and arrested several people connected to the plot. They were also able to connect one of the men to the earlier documents from the Secret Service case with the briefcase. During the early years of the war, there were many sabotage attempts against British-owned firms and factories that supplied ammunition to Britain and Russia that were broken up by the Bureau of Investigations.  In 1916, the Bureau of Investigations officially began a counterintelligence policy.

This source comes directly from the FBI, which means it is a reliable source for information on the early years of the FBI during World War I.

This source comes from the CIA talking about the early years of spying and the impact that different federal agencies had on World War I inside of the United States.